The 2015 tour is slowly lurching into being. How is it that, despite good intent, we always leave it to last thing?

The Mummers' Unconvention, Stroud daytime (Wassail, wassail all over the town...) More details nearer the time.

The Friday tour raised £150.44 and 10 CZK. All takings will be donated to the Door Youth Project.

All times are Morris time and so probably wrong...

We waved our jugs around for a collection and gave it all to Stroud MOBS (Mothers Offering Breastfeeding Support). A total of £205 was donated.

We could do with more players as it's hard getting everyone in the same place at the same tim near Christmas... Please contact us if you fancy a go!

Some pictures from the Sunday tour (thanks Janet!): 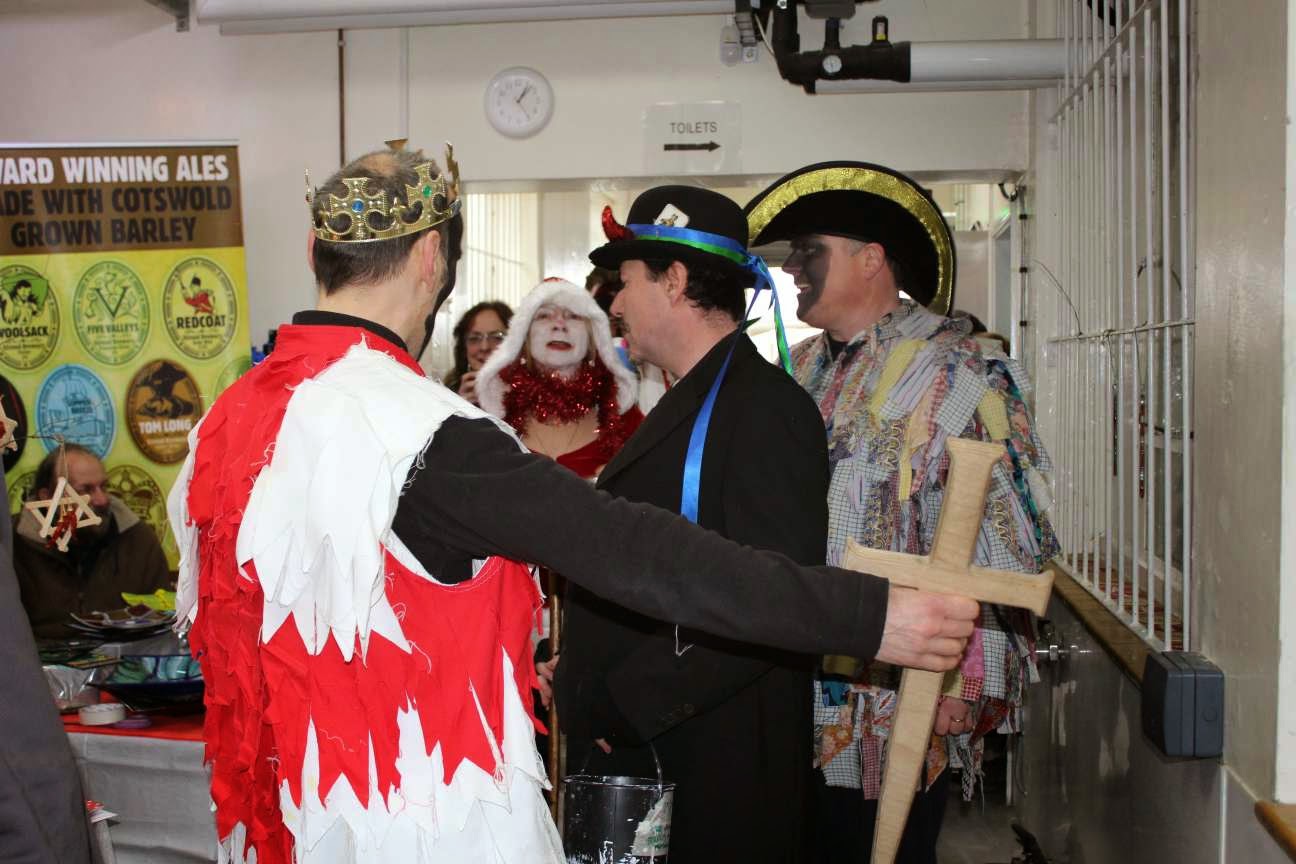 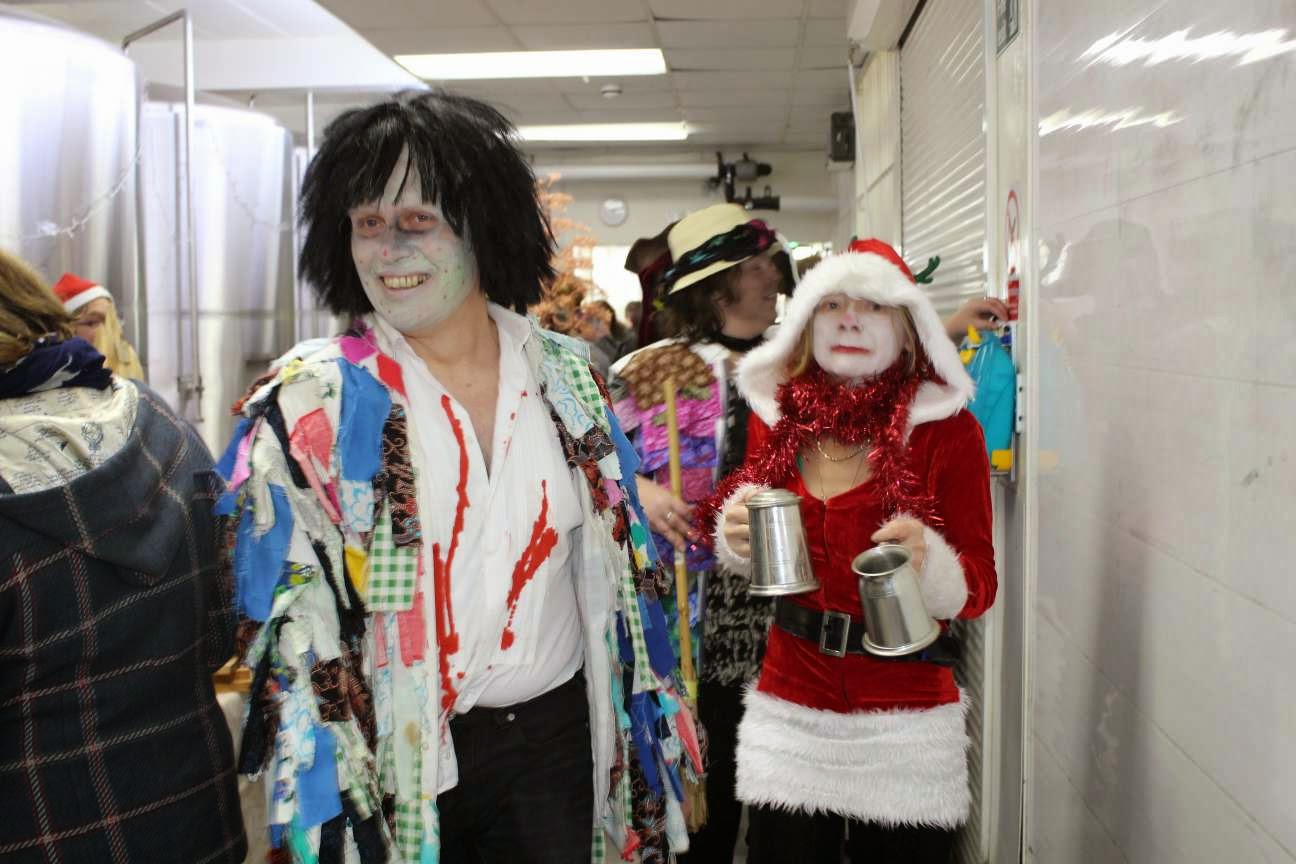 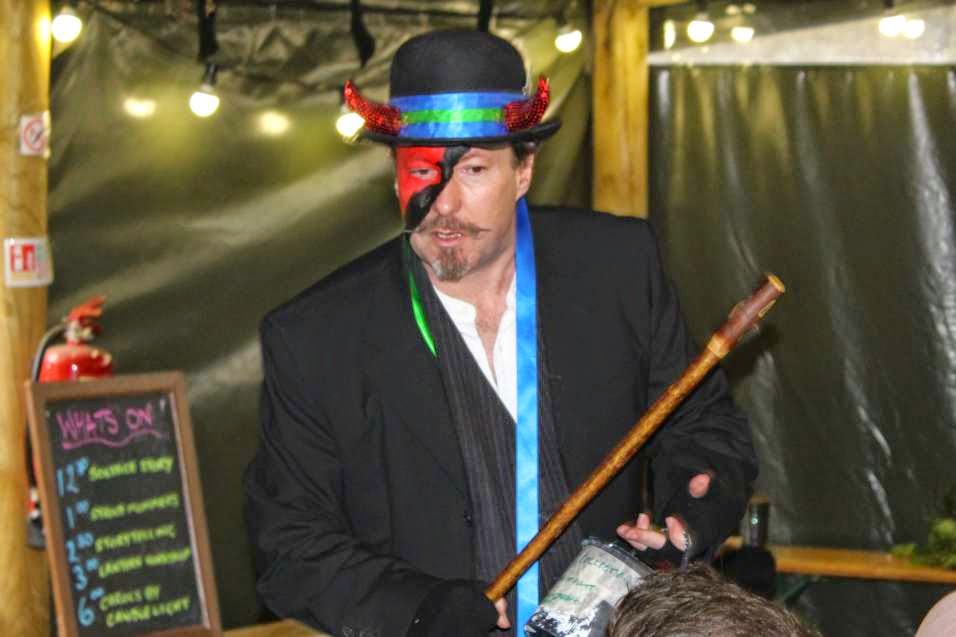 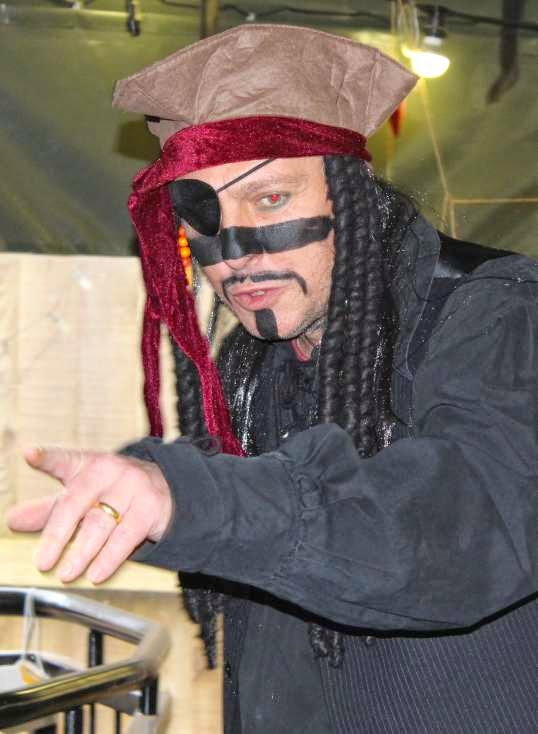 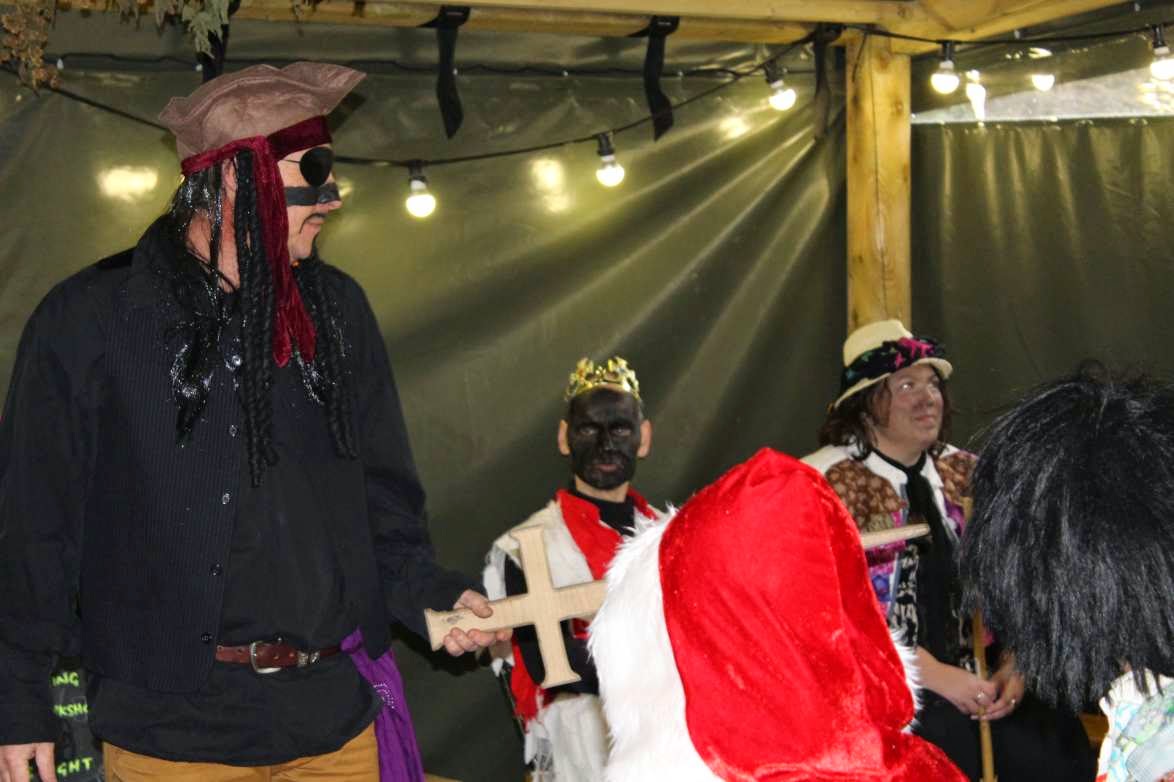 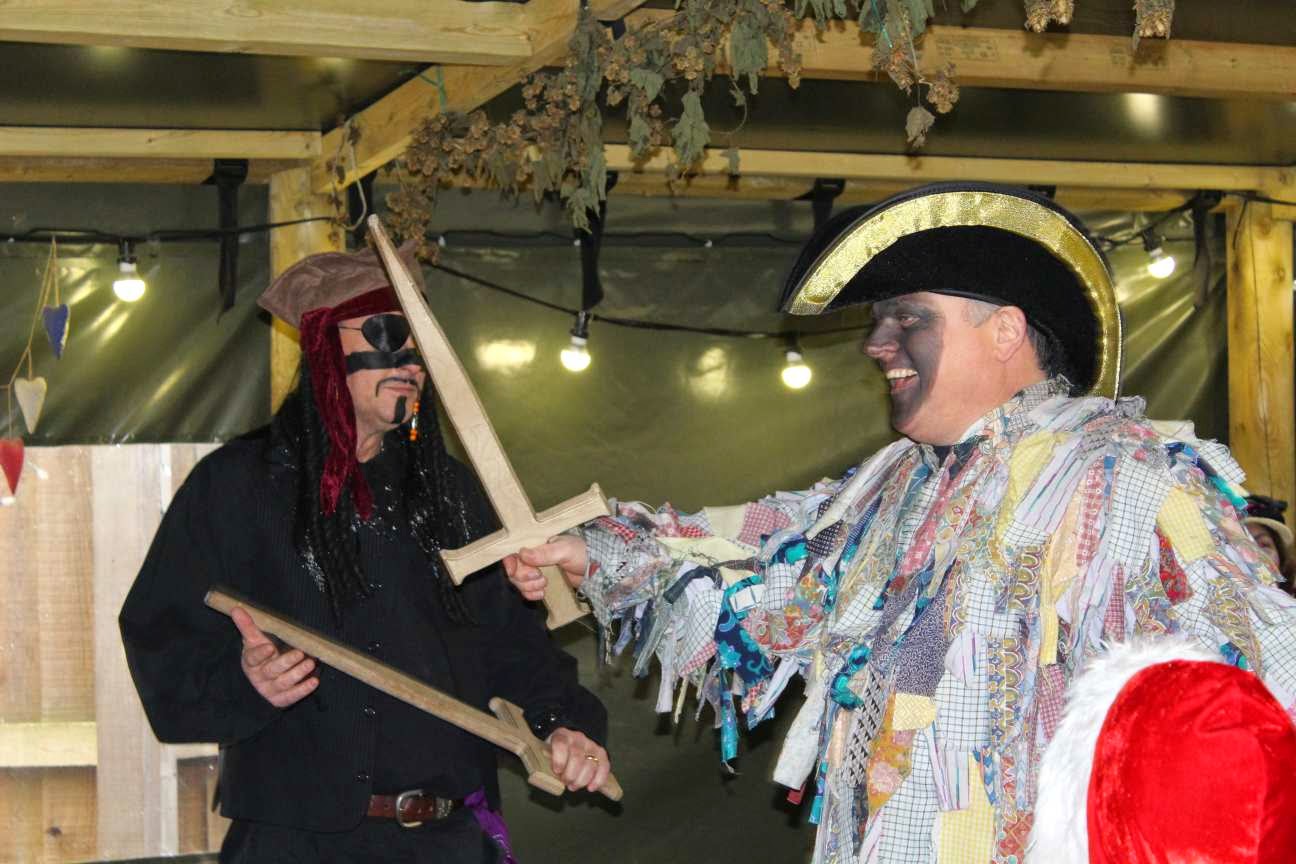 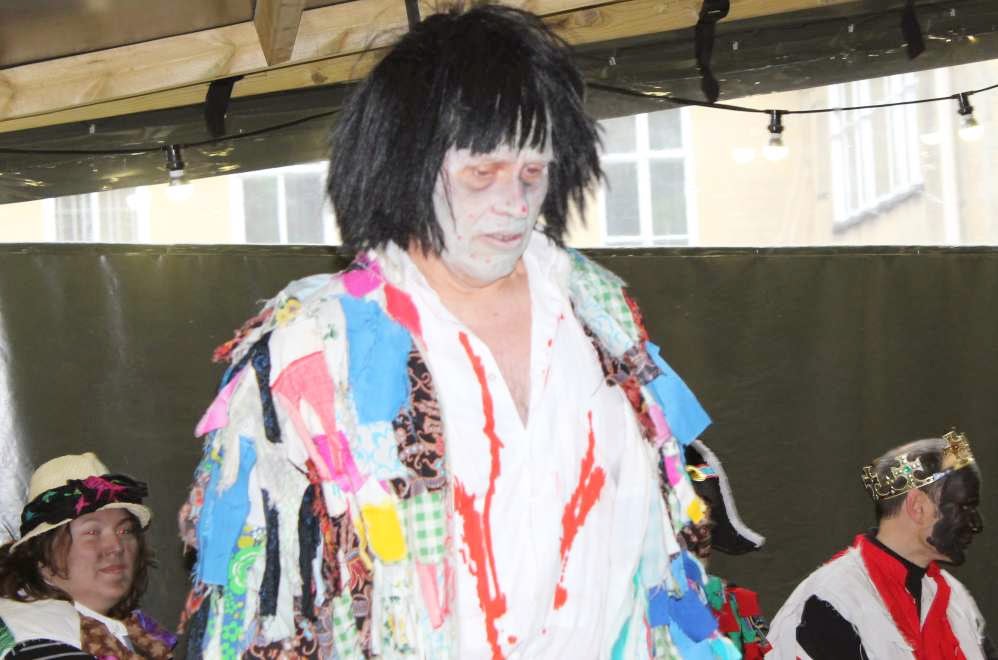 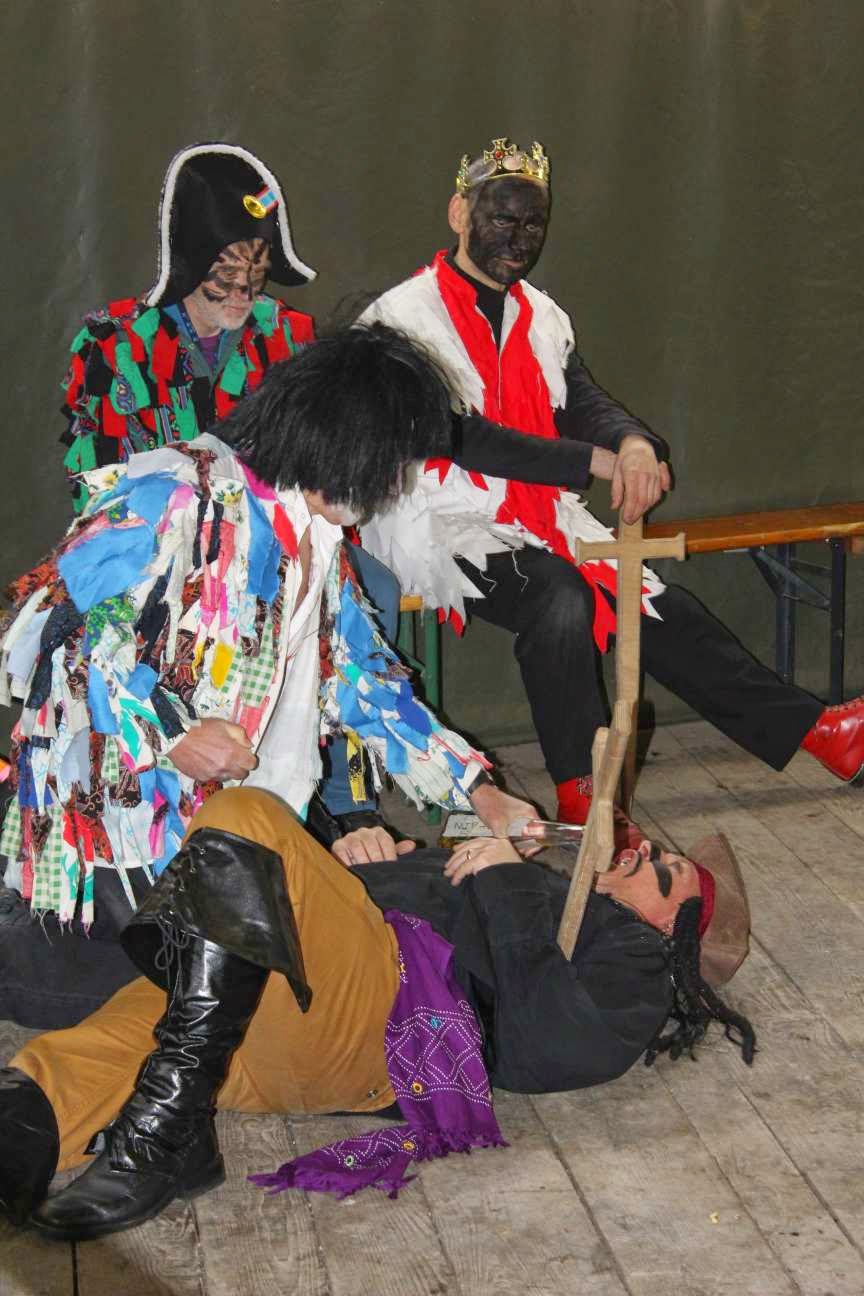 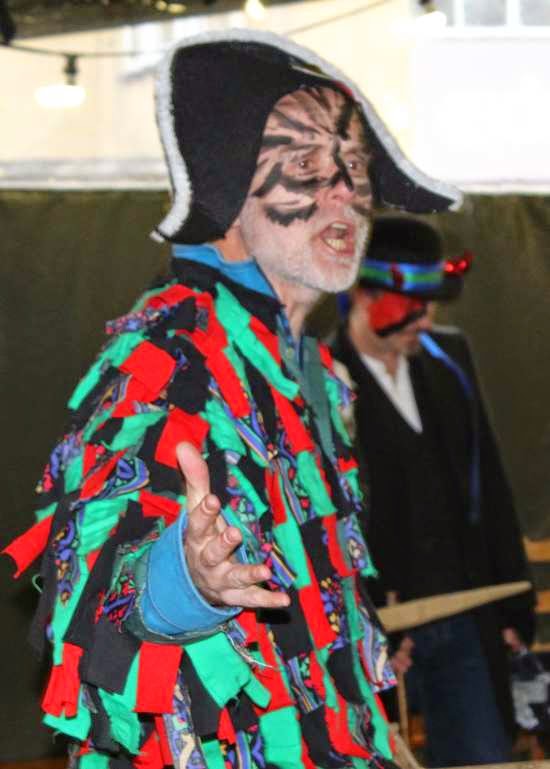 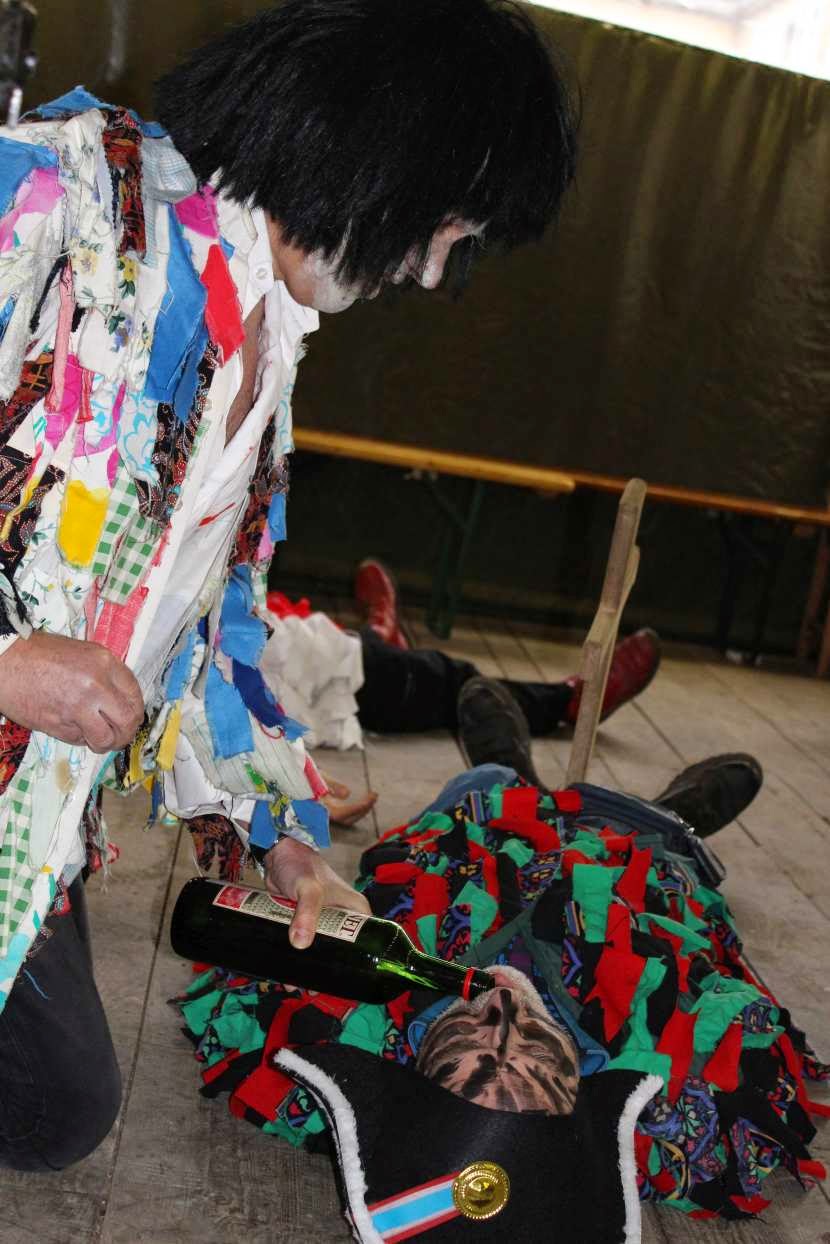 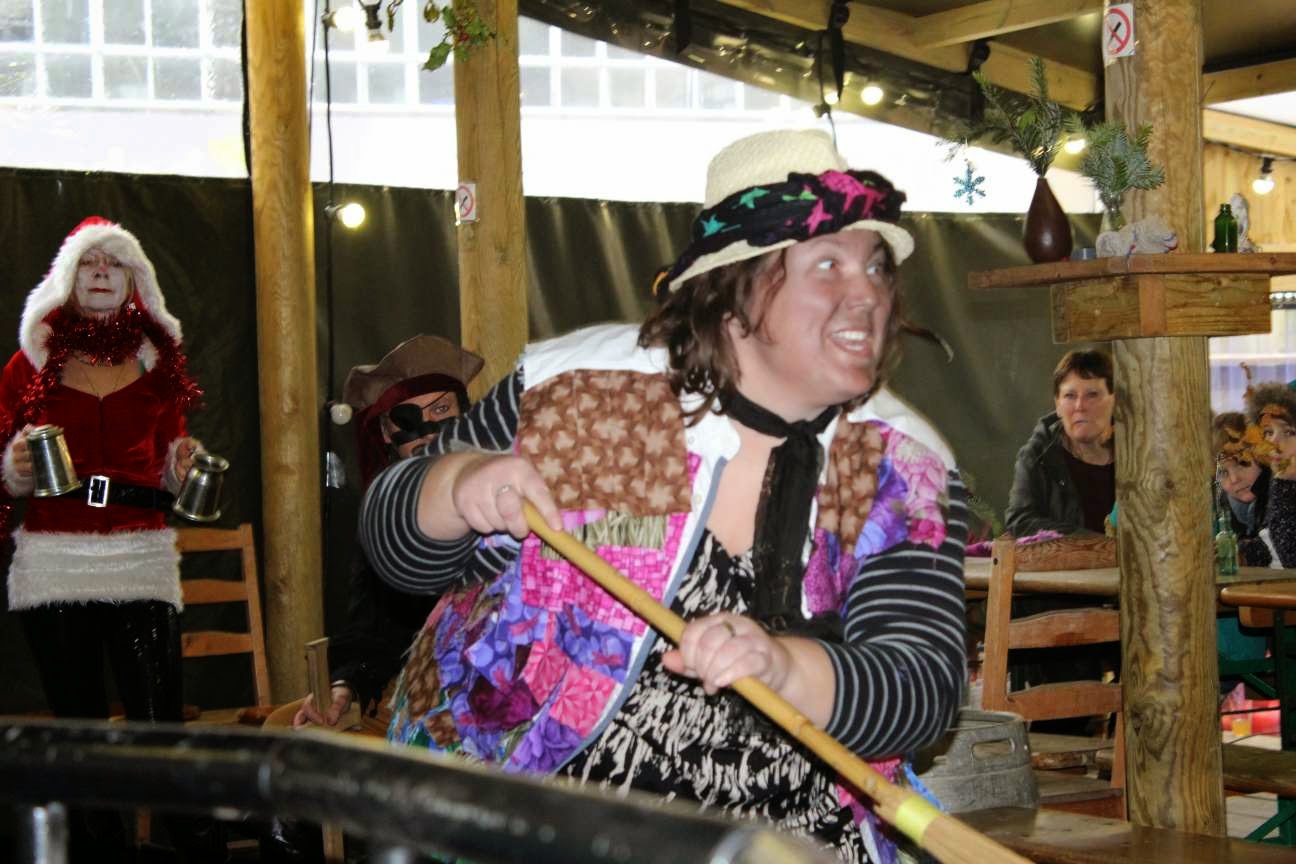 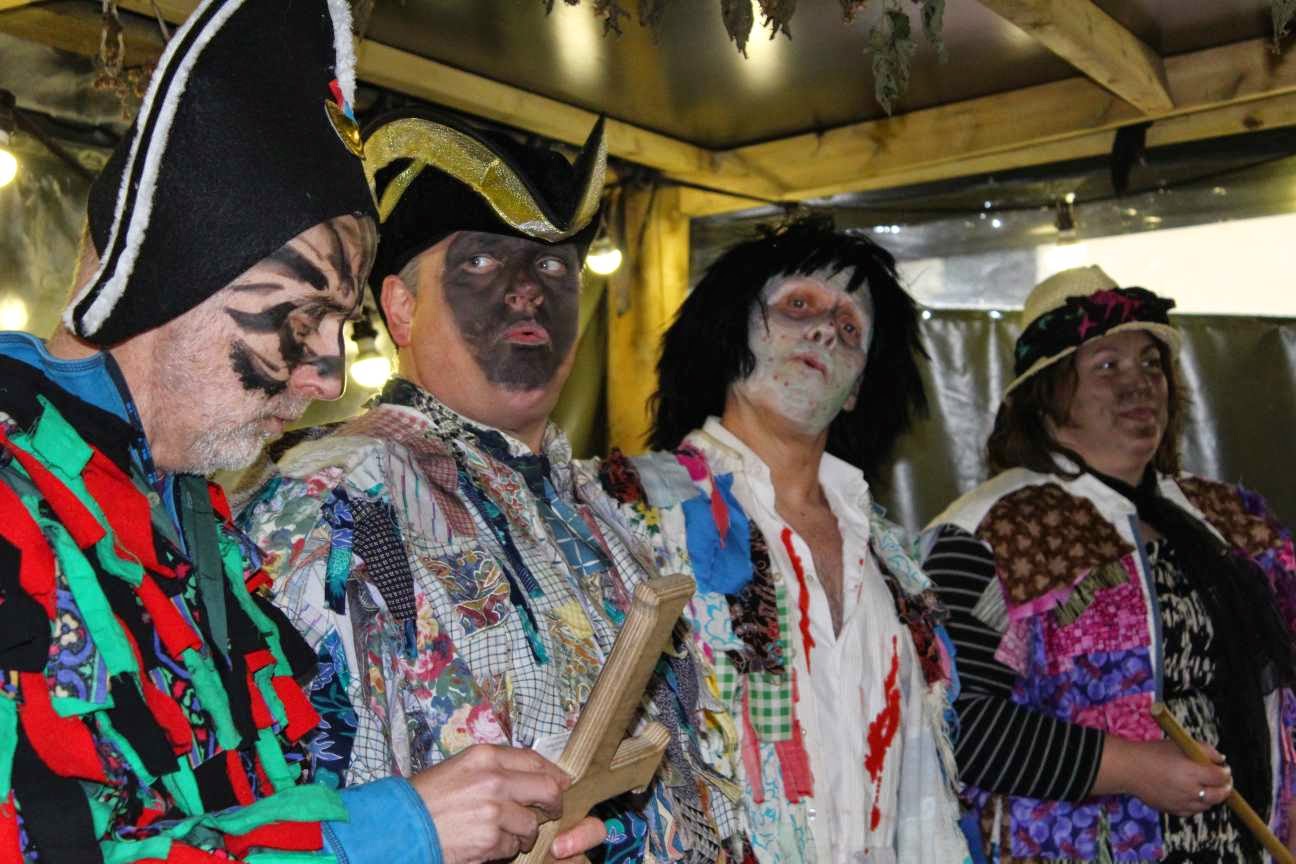 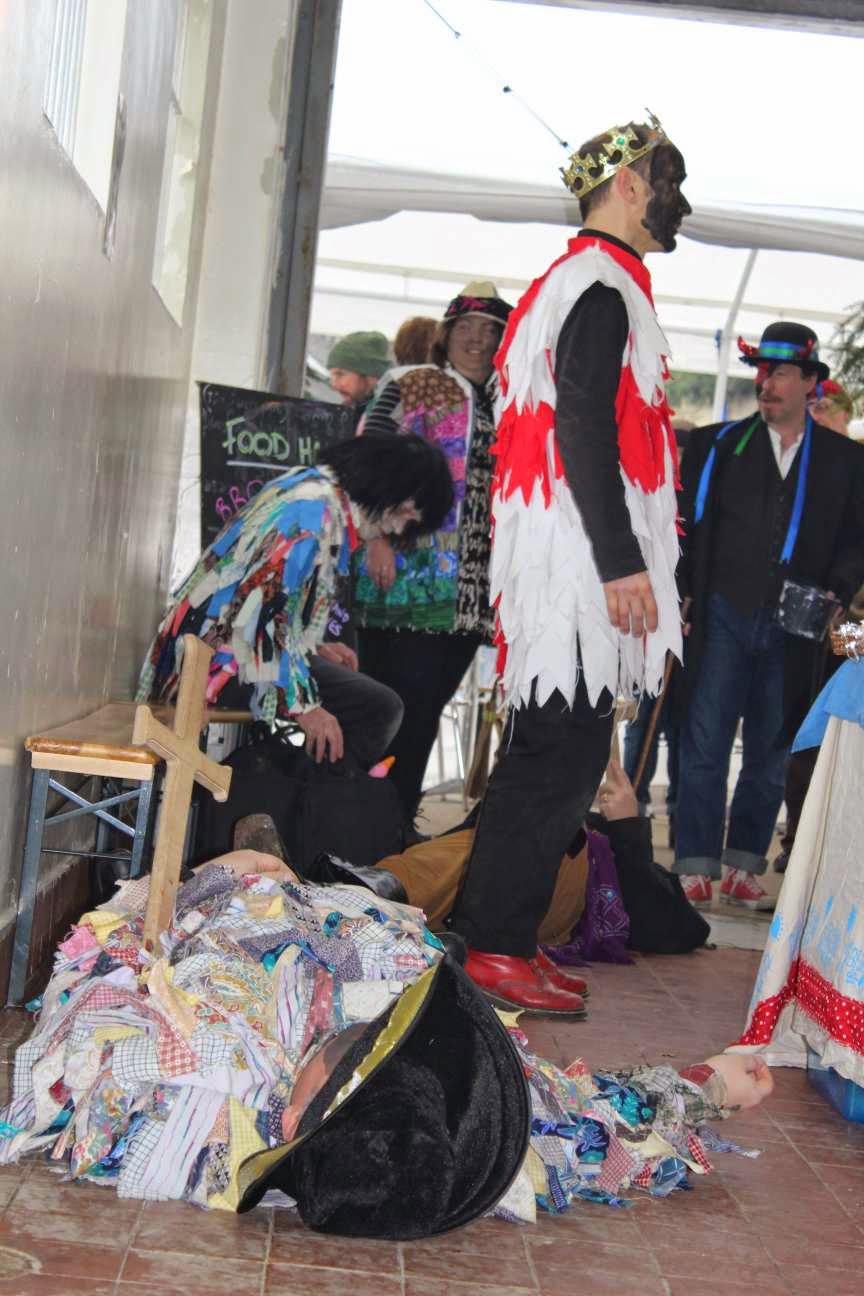 The above all at Stroud Brewery 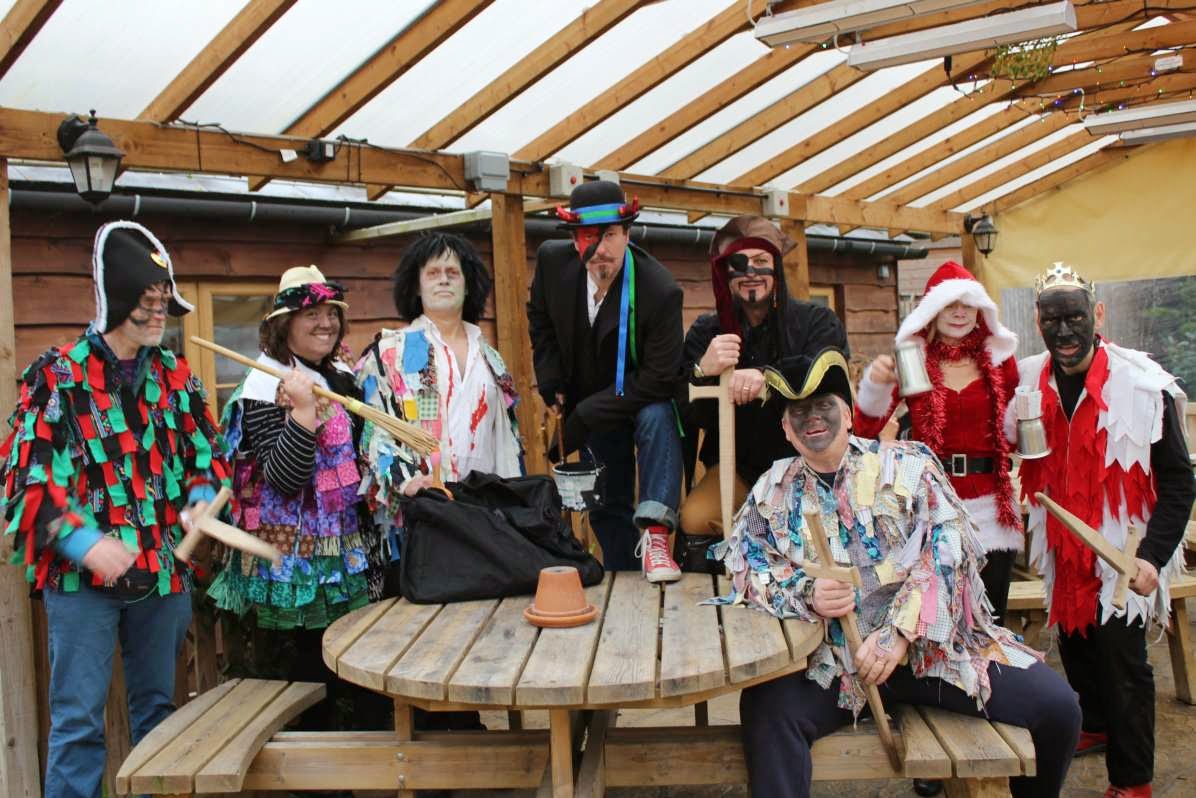 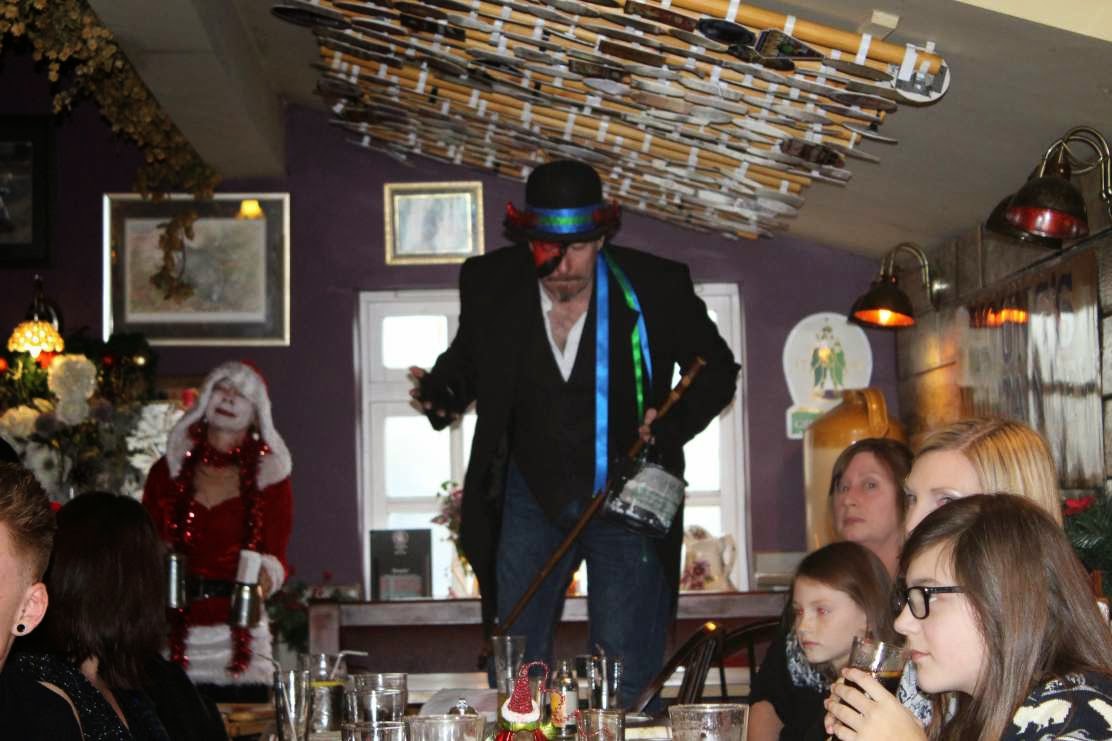 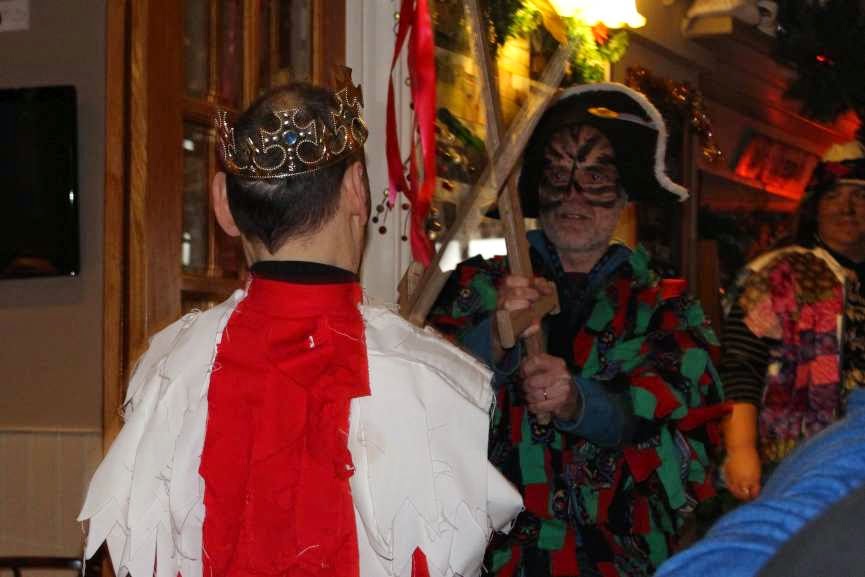 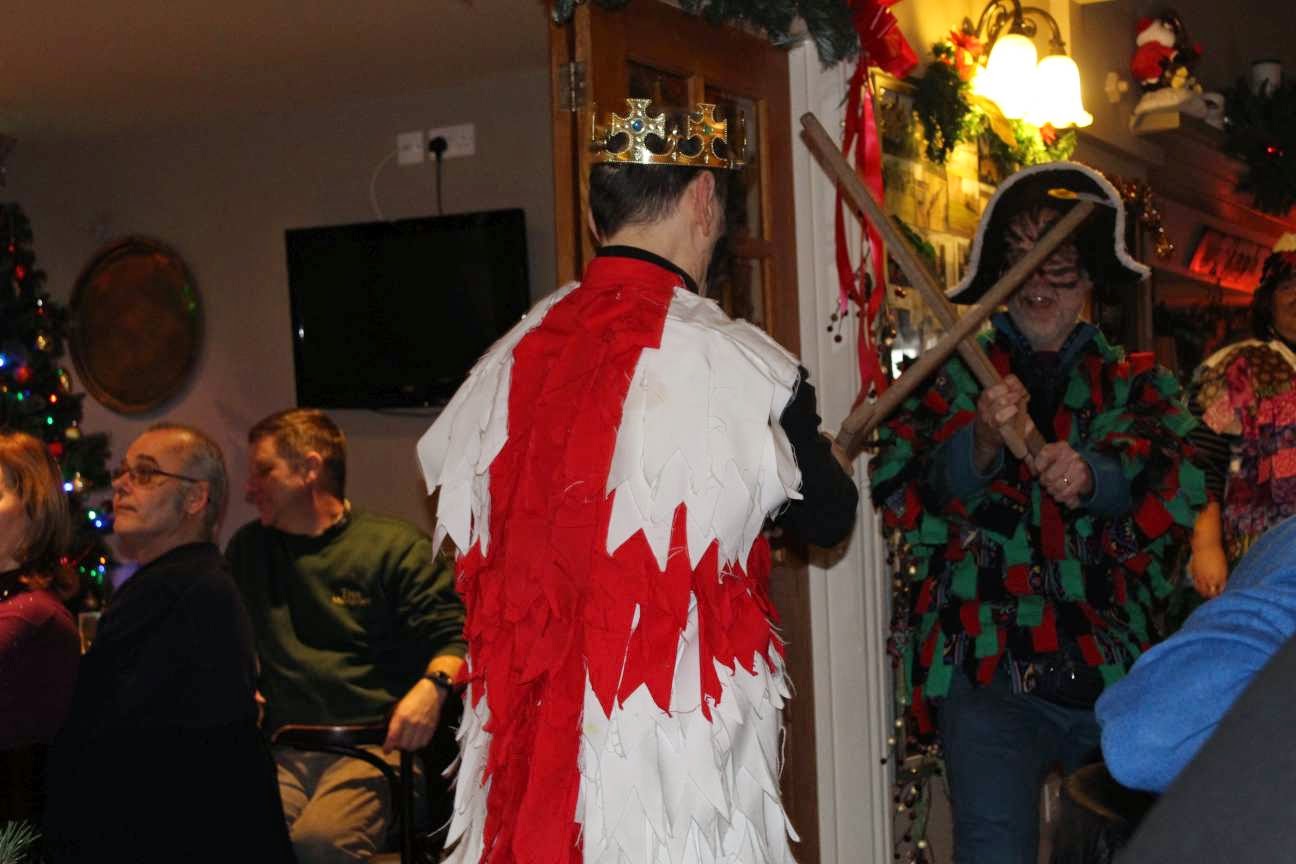 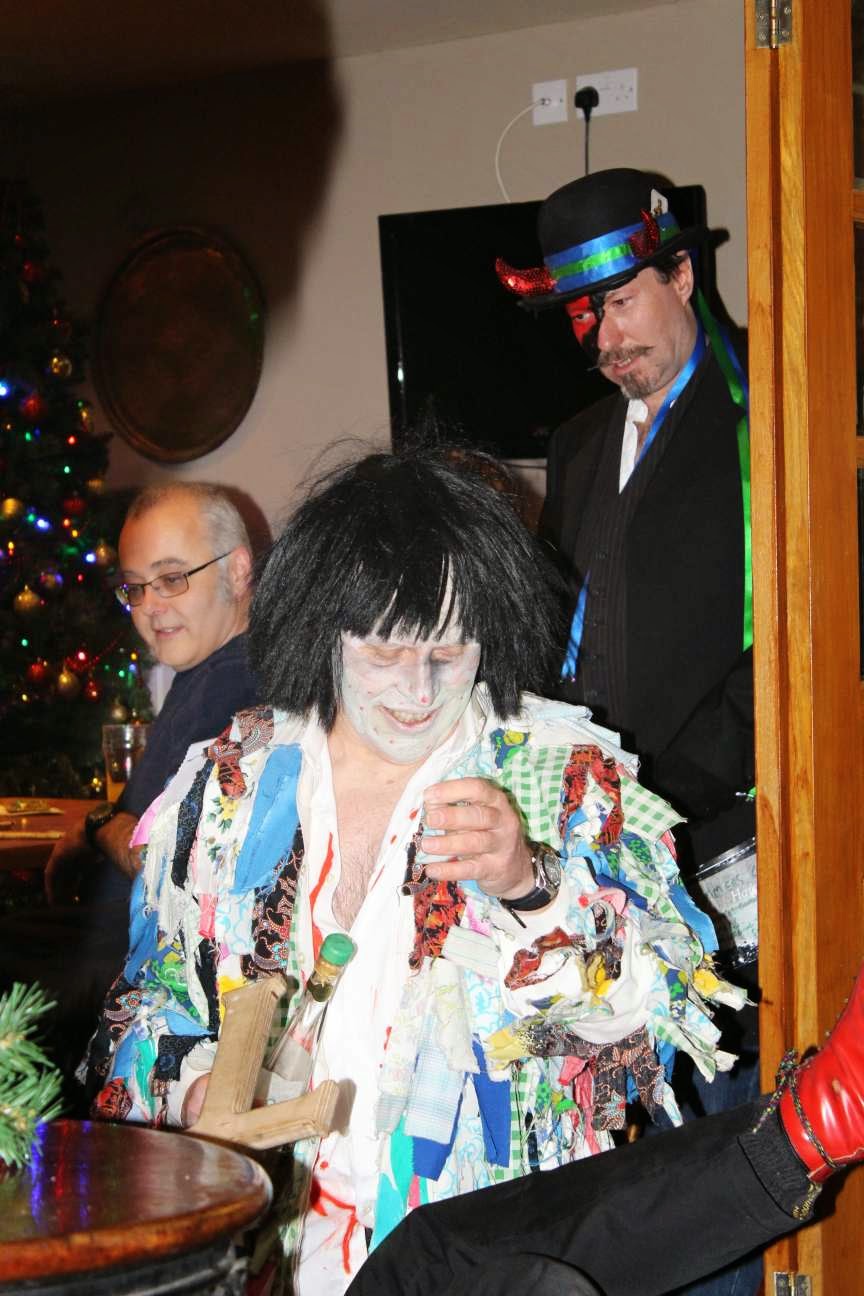 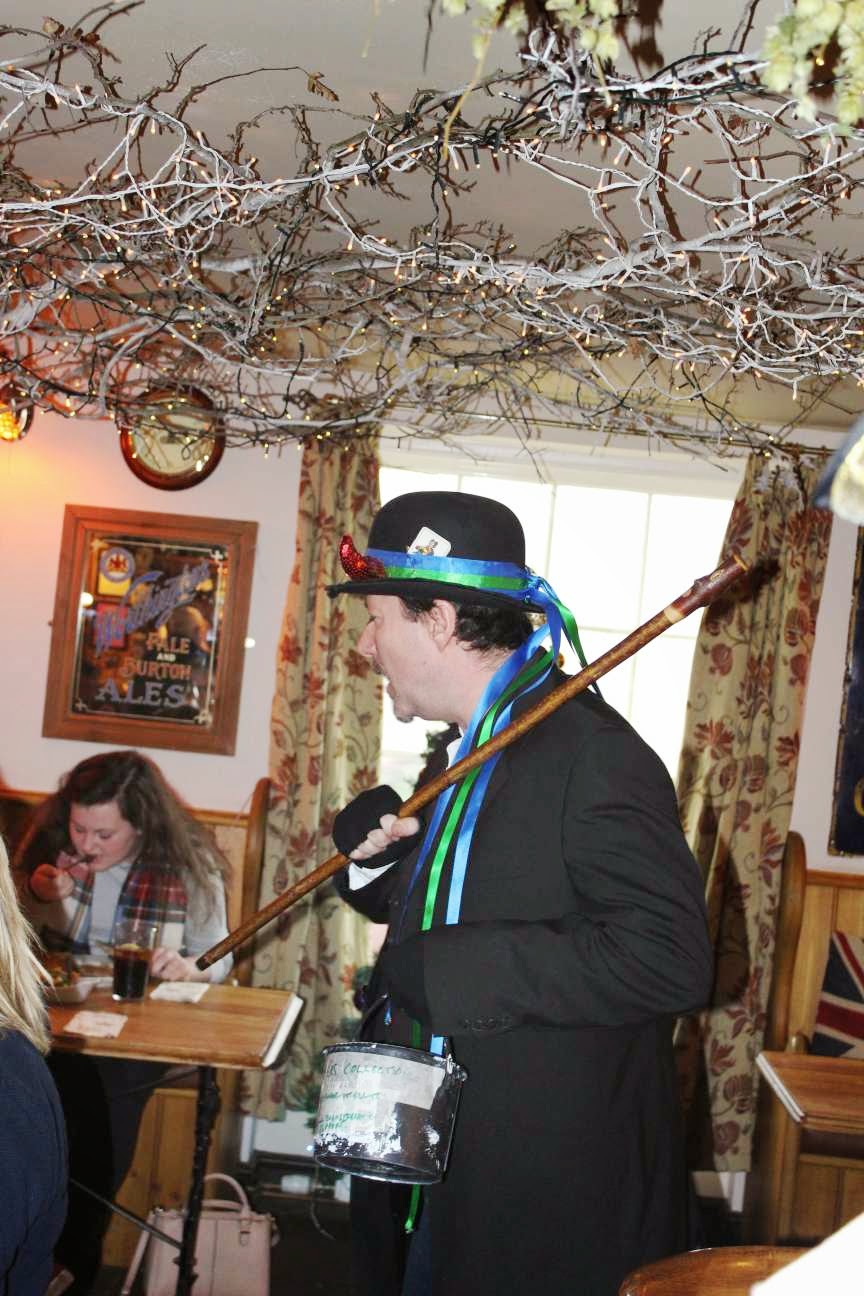 The above six all at the Old Badger, Eastington 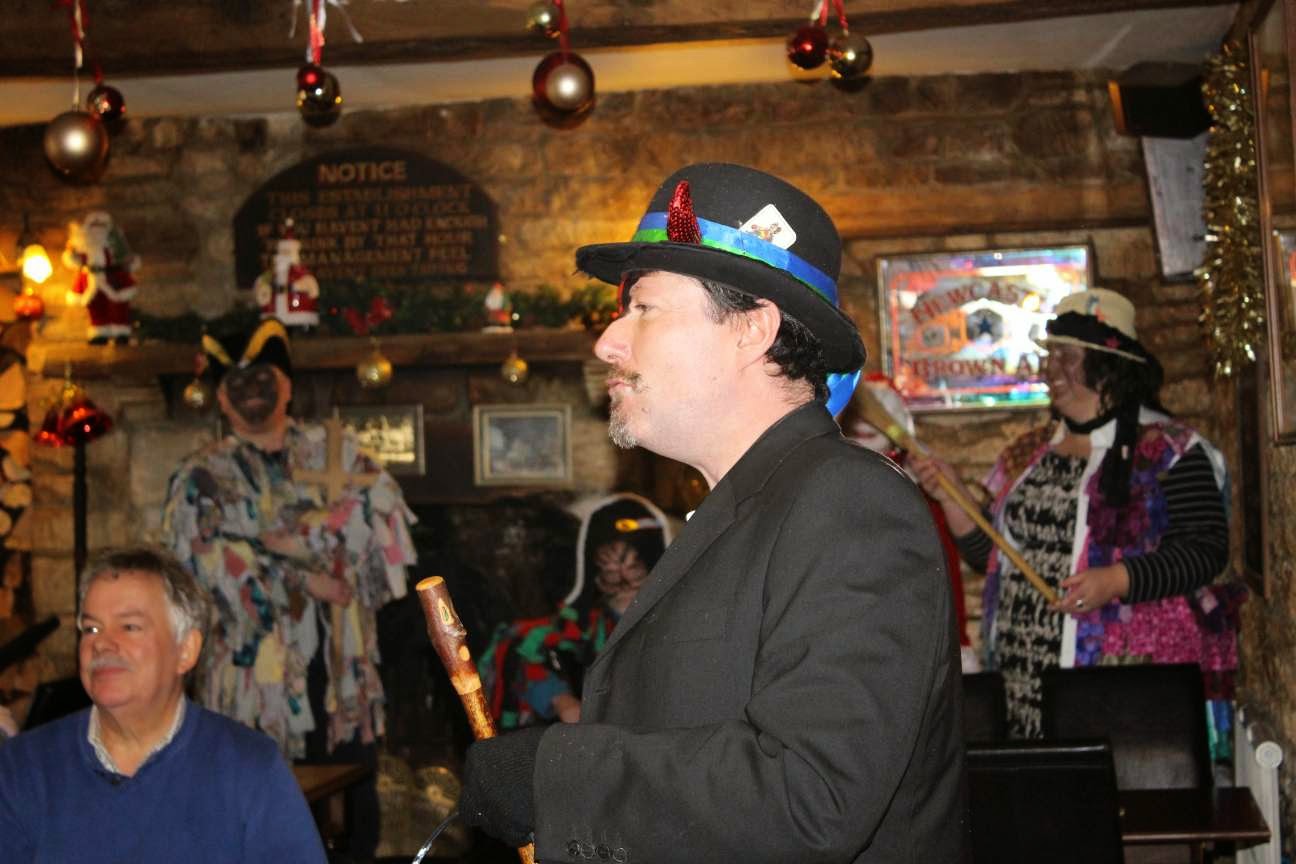 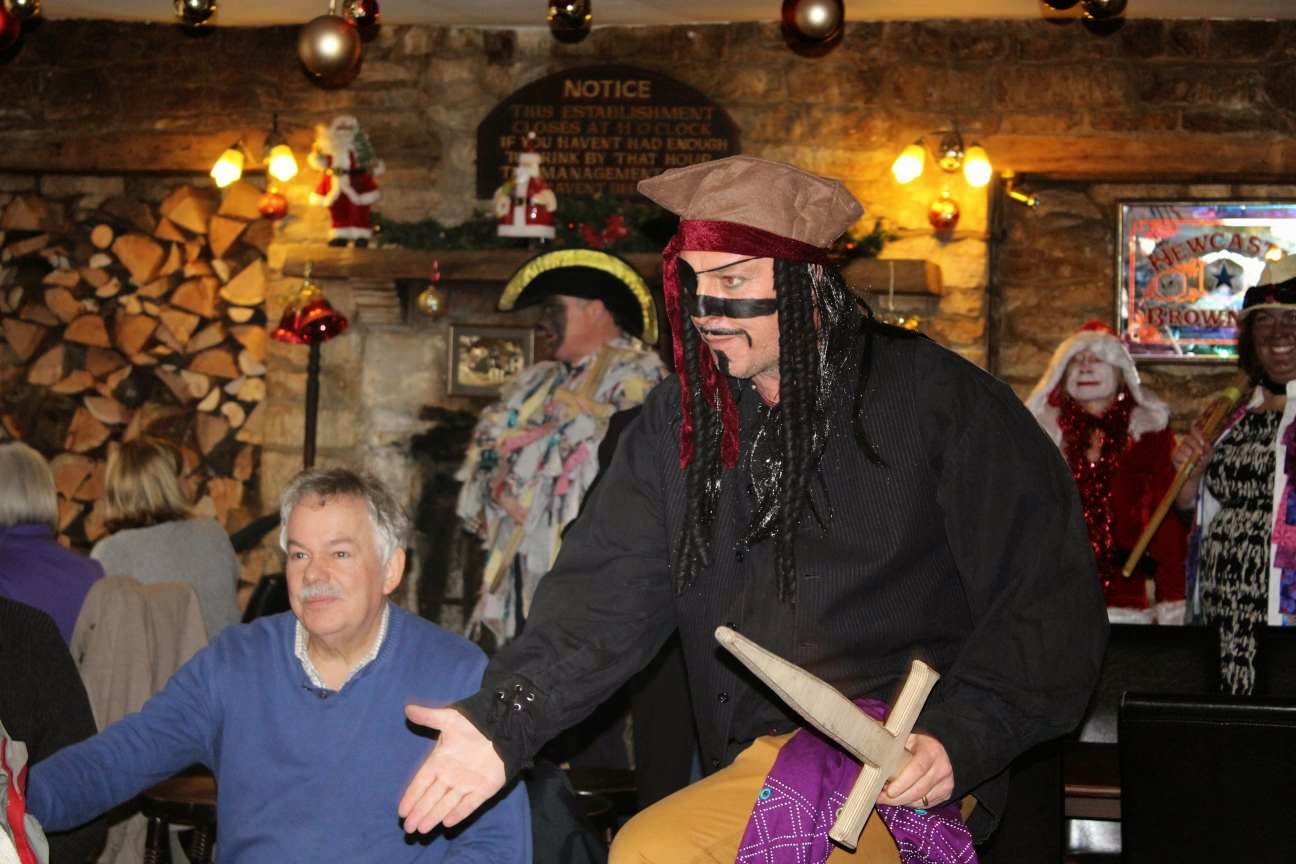 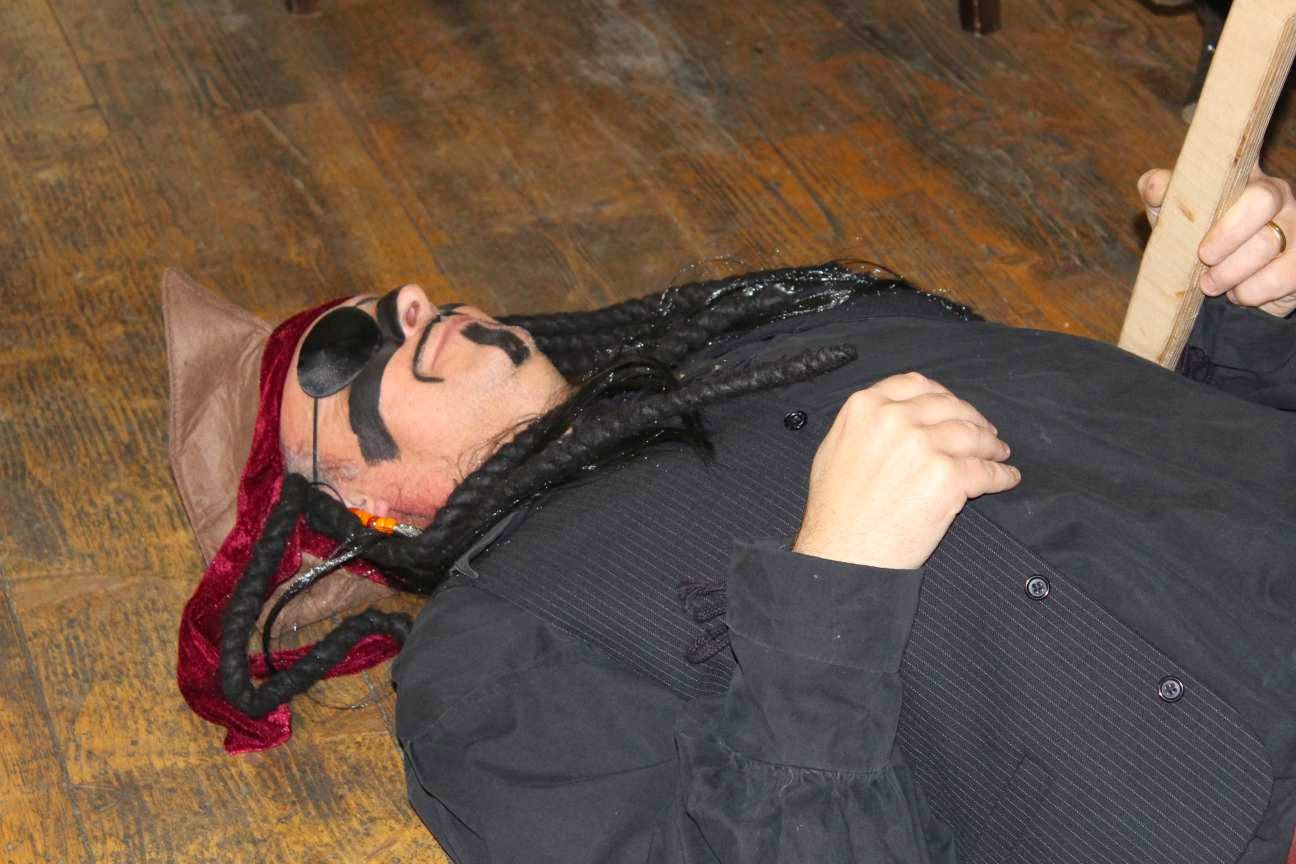 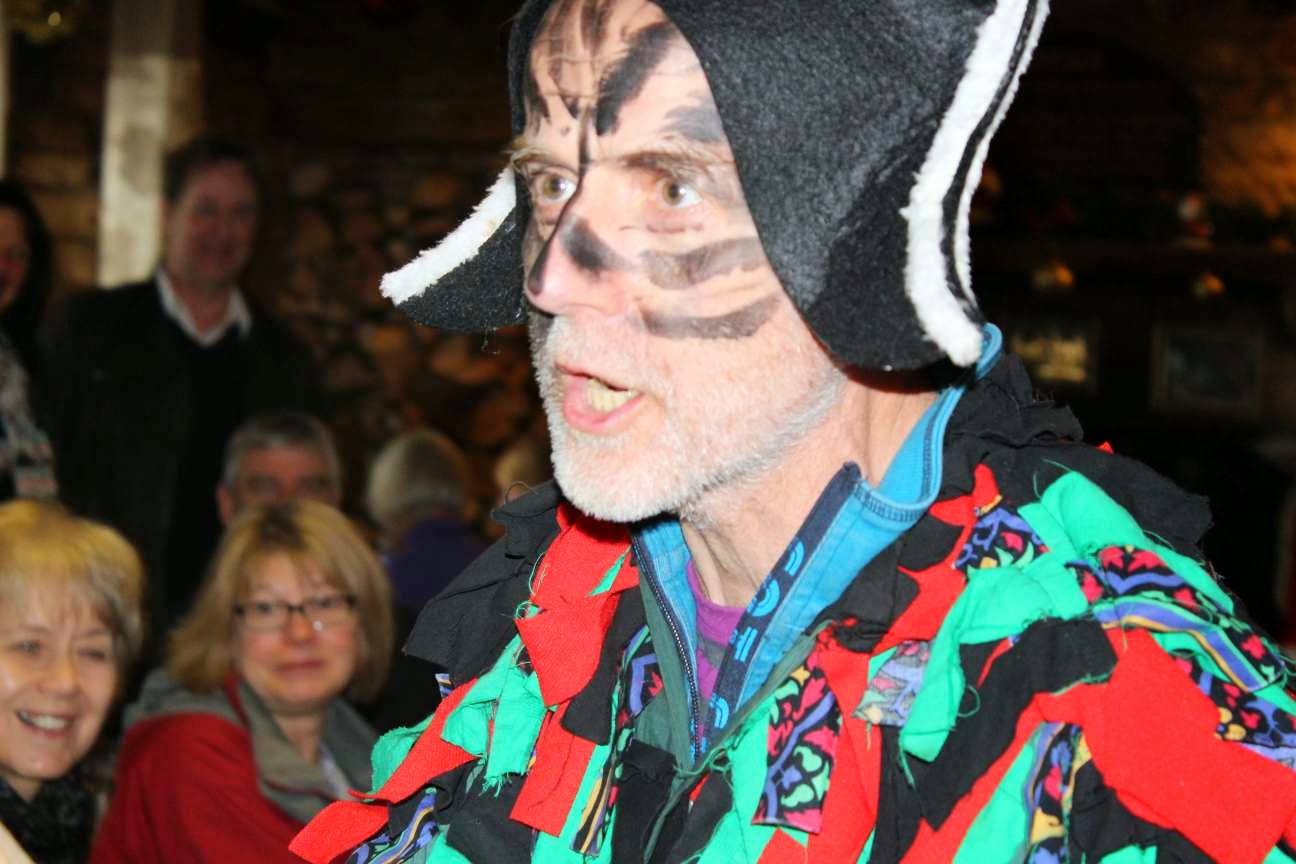 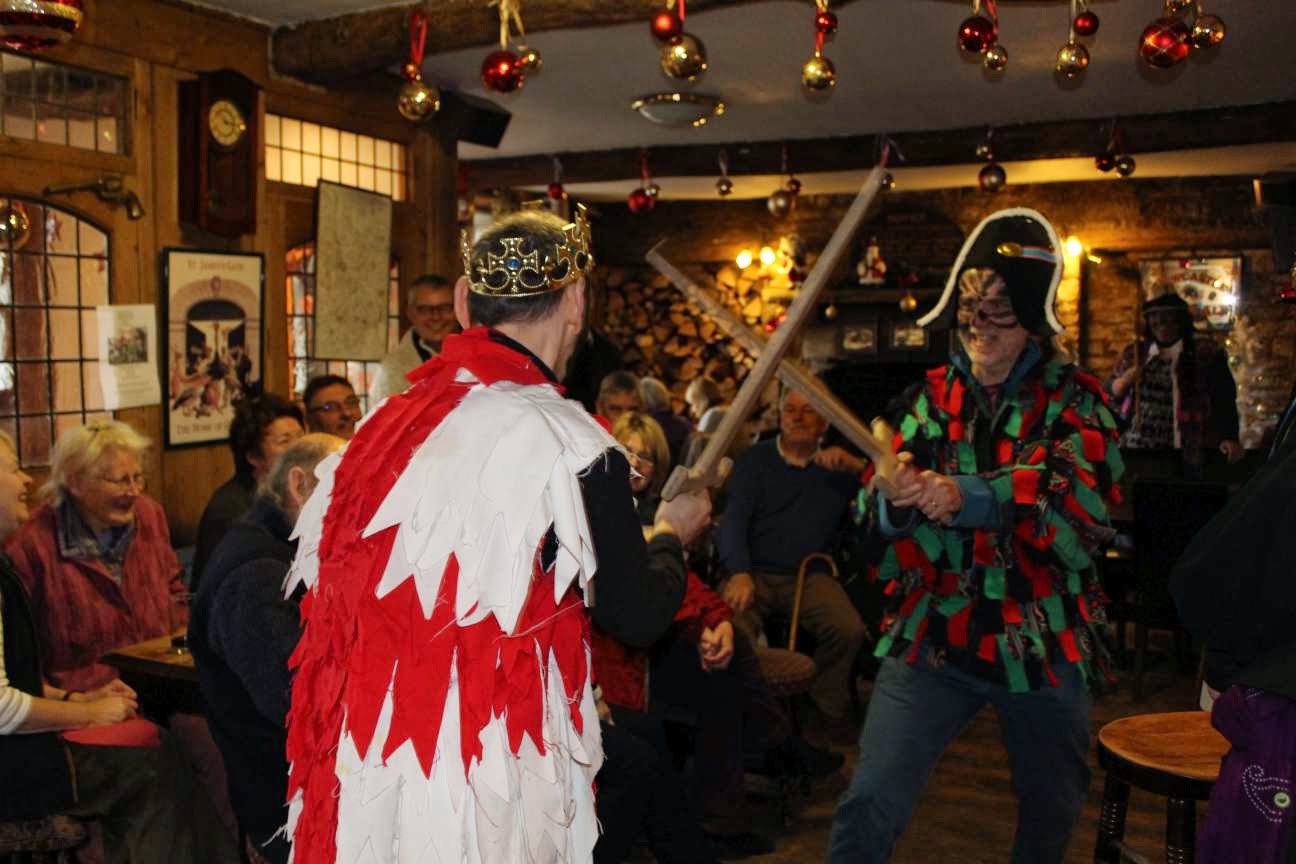 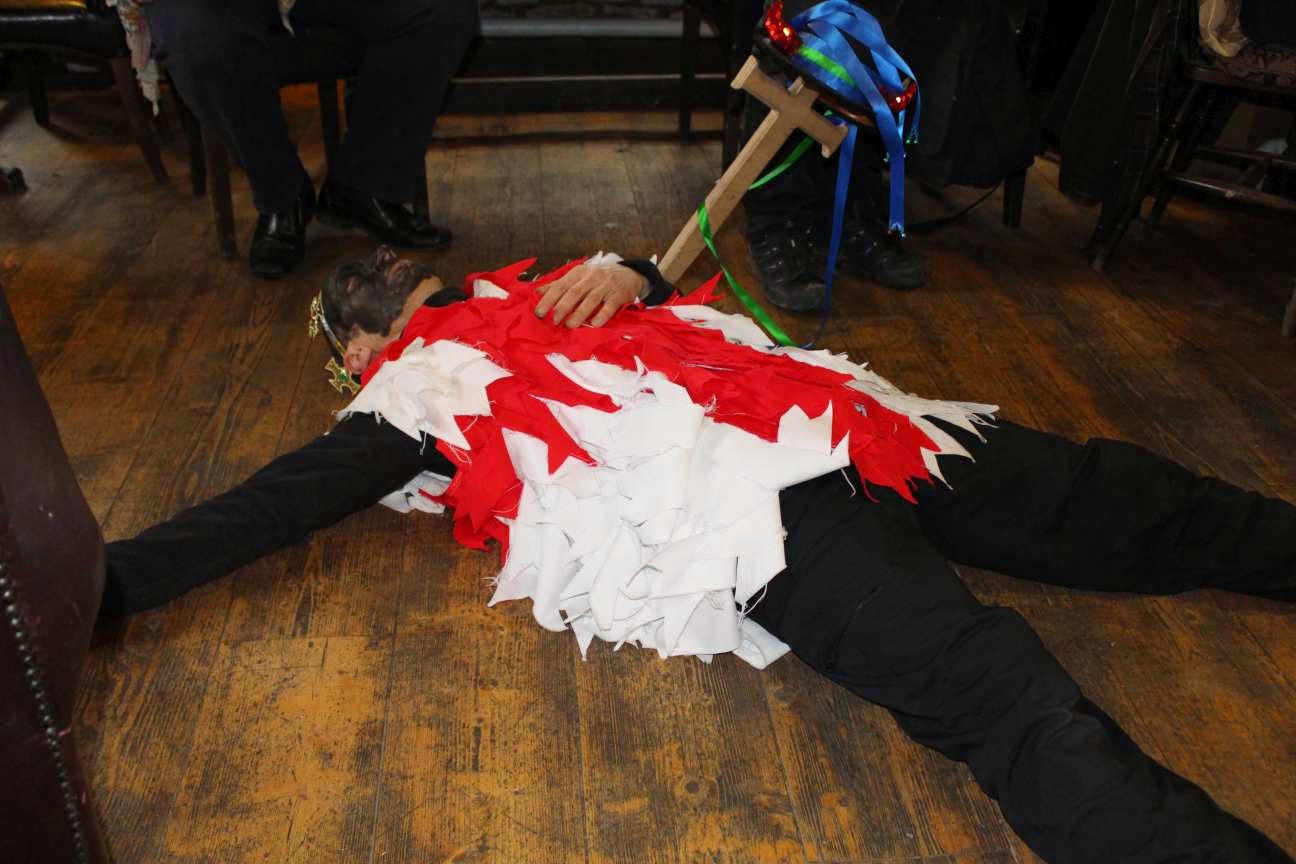 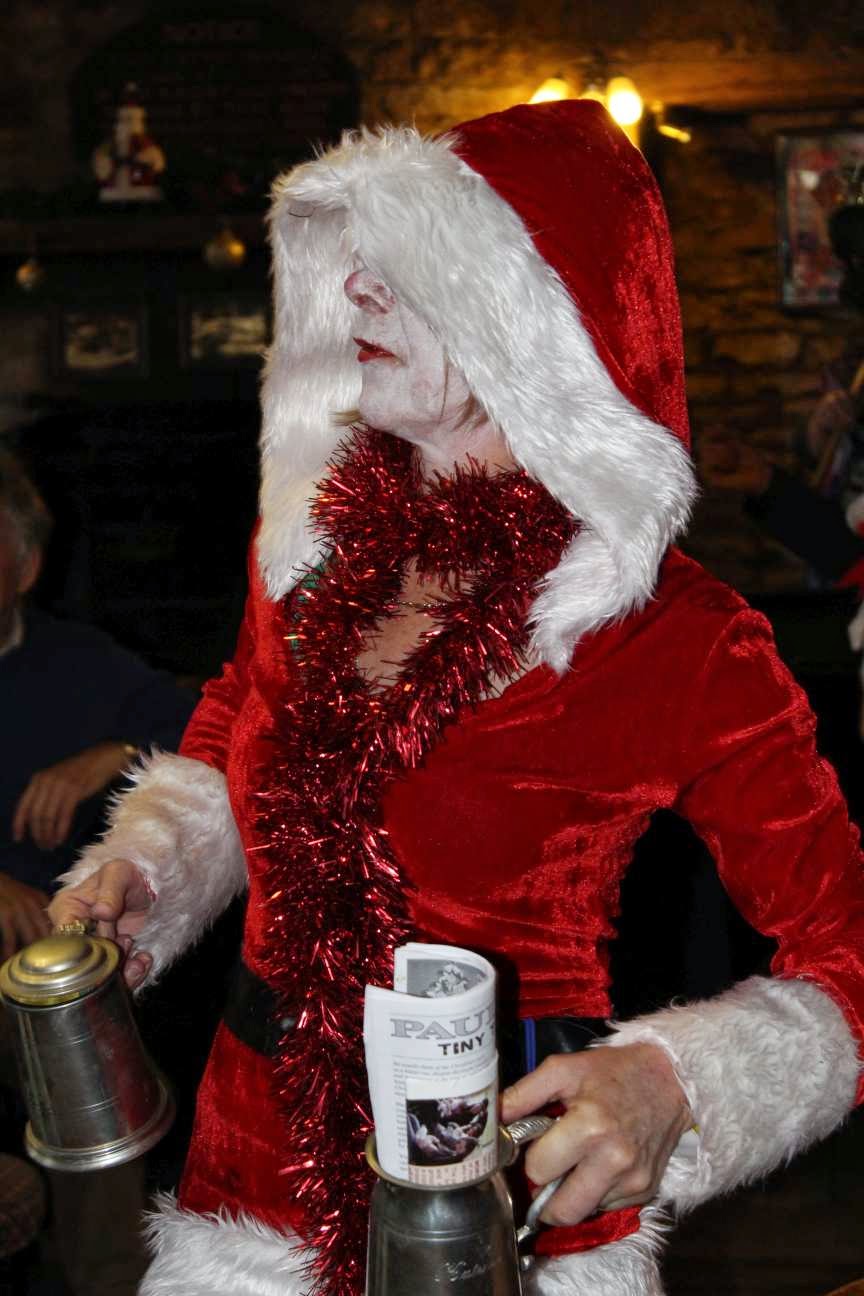 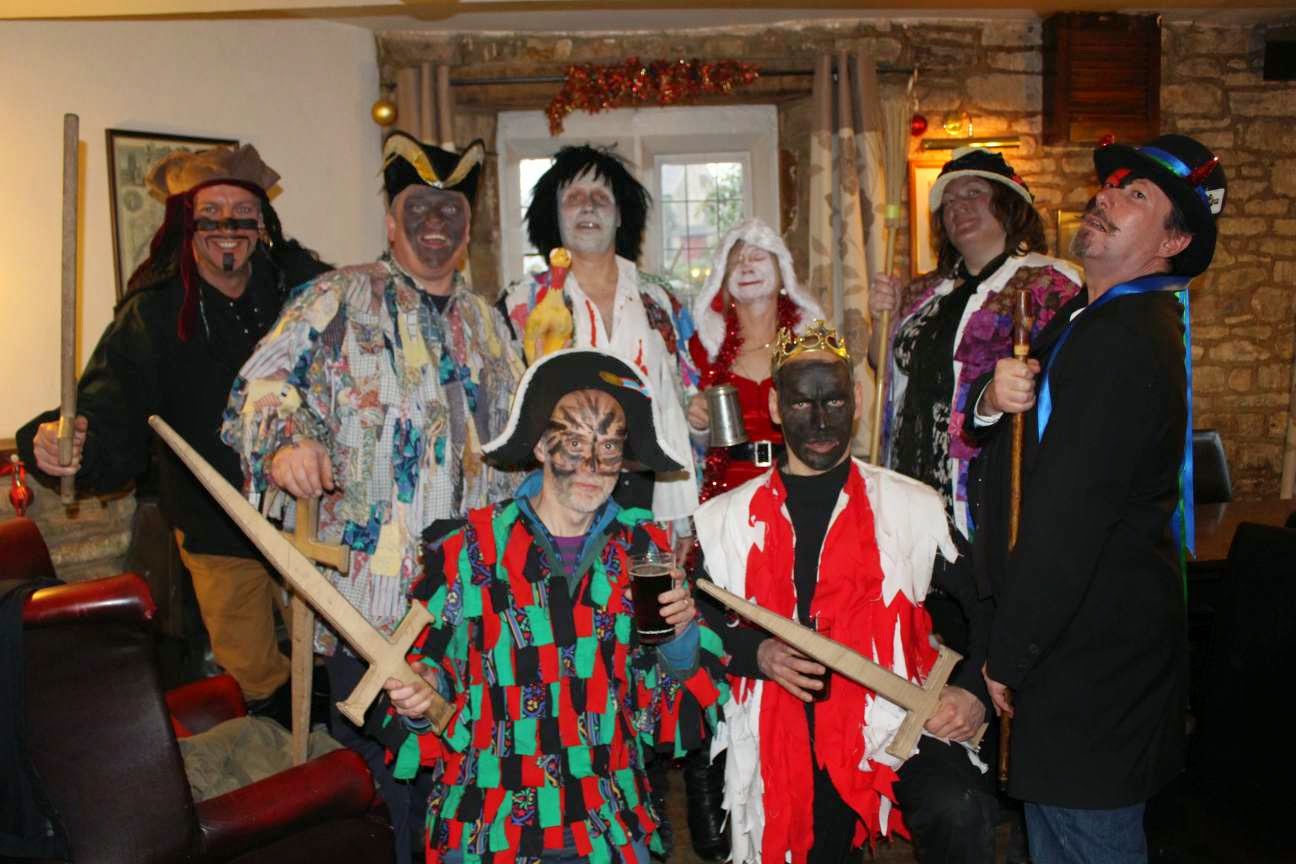 And finally, eight from the Rose & Crown, Nympsfield
Posted by MartinP at 10:15 No comments:

We are a group of mummers, largely maintaining the legacy of the play performed by members of Stroud Morris men's side (now defunct although the Stroud Ladies are going strong).

We perform our play on a couple of days leading up to Christmas (except when snow and apathy ruled in 2010) in and around the Stroud area. We take a collection and give all of the takings to a local charity, preferably a small one to whom our small donation might make a bit of a difference. (Our donee in 2009 was The Door Youth Project in Stroud and again in 2011 and 2012).

There are only a few of us and we usually struggle to get enough players together to put on a performance so any offers of new talent would be welcomed. No acting skills are needed (and, indeed, are discouraged) and our practice usually comprises a quick run-through in a pub car park before our first performance of the season. However, performers must be prepared to make themselves look like idiots. In this we take pride.

Talking of which, here is a picture (Rose and Crown, Nympsfield, 2009): 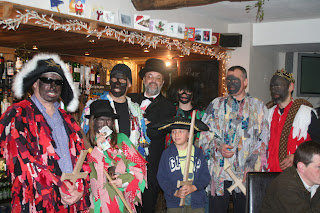 and here's a video taken in the George, Frocester in 2008.

After several years without updates, we're back in 2013:

Stroud Brewery, Thrupp  20:00
Ship Inn, Brimscombe 20:30
Somewhere else which turned out to be the British Oak

All times rough, like the acting. This year we have a new cast, same old jokes.

(Note: some of us also dance with Chalford Stick Company Morris Dancers)
Posted by MartinP at 11:27 No comments: